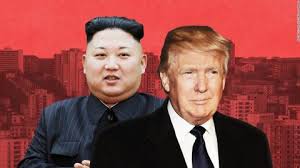 My elder son, who participated in the Grant High School Constitution team, proposed to me tonight a means of you, Mr Blumenauer, helping to de-escalate our present circumstances of near-nuclear-war with the supposedly “rogue” state of North Korea.

Would you please introduce a bill into Congress to the effect that Congress insists upon the President consulting with the Congress before any first use of nuclear weapons.  Include, would you please, the requirement of a vote, for the record — as was done with the so-called Authorization for the Use of Military Force, after the attacks on the World Trade Center and the Pentagon nearly two decades ago. I will promise, in return, not to run against you in the next election.

– Today, Congressman Ted W. Lieu (D | Los Angeles County) and Senator Edward J. Markey (D-Massachusetts) introduced H.R. 669 and S. 200, the Restricting First Use of Nuclear Weapons Act of 2017. This legislation would prohibit the President from launching a nuclear first strike without a declaration of war by Congress. The crucial issue of nuclear “first use” is more urgent than ever now that President Donald Trump has the power to launch a nuclear war at a moment’s notice.

1 Response to An Open Letter to Congressman Earl Blumenauer